“Sins of the Fathers” – A Commentary by Rev. Edwin Leahy, O.S.B.

Newark, N.J. (2015) - Our students finished their year two weeks ago, so we don’t have our daily convocation. That means I’m missing my usual opportunity to address their issues or issues of the day that become their issues. 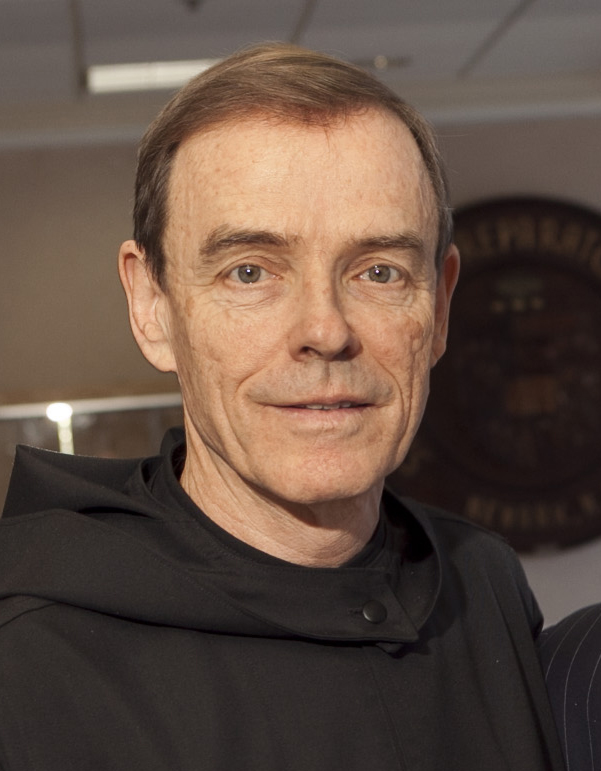 I’ve been thinking about what kinds of questions – spoken or unspoken – they would have about the heart-rending events in Charleston last week.

Our youngest students are just 11 or 12 years old and, until the events of the past couple of months in Ferguson, Cleveland, Milwaukee, Baltimore, and now Charleston, they might have believed that they are in a “post-racial” world.

After all, they have only known of one President, who looks more like most of them than any President ever has. That could well have given them reason to think that the injustices and sanctioned discrimination that their parents and grandparents remember were a thing of the past.

All these events, different as they are, have at least one prominent thread that ties them together. That is of course the terrible truth of our deep rooted racial divide. If historians call slavery our “original sin,” what can we call the too long period of strife that is marked every so often with tragic events that seize our attention and call for a response?

What would I tell these youngsters, both our youngest and those a few years older, who sense their vulnerability whenever they leave our school community?

Is it enough to say that evil is mysterious, that it can grab other vulnerable young people and impel them to the horror visited last week in Charleston?

Does it help to say that in the aftermath, look at all the people of good hearts who poured out their sympathy in churches throughout the nation and especially around “Mother Emmanuel” A.M.E. Church in Charleston for services this weekend?

For those young men who just graduated ten days ago, believing in a future filled with promise of good schooling and meaningful work, raising families, giving to their communities . . . will those fresh dreams now feel a bit more fragile or harder to reach? Some of them know that we adults see them walk out with their diplomas and feel an anxiety that goes beyond my usual separation anxiety whenever students leave for a time. Will they be ok, allowed to study and grow without the kinds of overt or subtle racism still found in so many places, including college campuses? Will they too become victims of these deep-rooted hostilities that they did nothing to create?

All of this seems so and so very sad to acknowledge. As much as we have tried in our modest efforts to live and learn as a school community that intentionally brings together people often kept apart, we know that we are but a small example of what can be achieved by working at this day by day, year by year. We see in our students how hard it is to overcome the mistrust of authority, fear of success, anxiety about achieving that has surrounded so many of them and conditioned them to resist the kinds of dreams of a future that should be their right.

So we pray and work and seek to instill in our students a sense of their responsibility for themselves proclaimed in our motto –“whatever hurts my brother hurts me” and urge them to see that their brothers (and sisters) are not just those here but those found everywhere, especially in those places only noticed when the latest violence erupts. We want them to take the lessons here and use them for good wherever they can. They know that “black lives matter” because we’ve shown them that they do, but beyond that they know that all lives matter, and they should bring that knowledge everywhere they go.