The stage is set.

The Gray Bees got by a defensive-minded Hun School in the State Prep A semifinals, 2-0, on Tuesday and now has a tough Pennington team in Friday’s championship game. 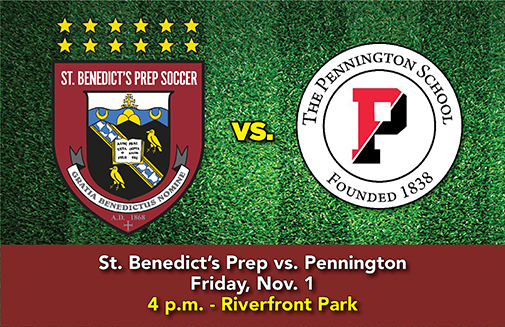 On the line Friday, a game that will be played at 4 p.m. at Riverfront Park, will be St. Benedict’s 56-game unbeaten streak, it’s No. 1 national ranking and a 30th state title in the last 31 years.

Pennington was the last squad to beat the Gray Bees – in the 2016 state title game – and only lost a 1-0 decision to coach Jim Wandling’s team earlier this year.

“Pennington has become a big rival of ours,” said Wandling, whose team beat the club from Mercer County on a penalty kick during their regular season tilt. “We snuck out with a tight win the first time we played them this year – on a day when we were not particularly good.

“Being what's at stake on Friday, I imagine our guys will be buzzing heading into the match this time around.”

The Gray Bees weren’t challenged in Wednesday’s semifinal, but may have been overlooking Hun a bit as the teams went into the halftime break scoreless.

“We were a little too casual today and just couldn’t find the first goal early,” said Wandling. “It’s tough when a team is just sitting back looking to just clear the ball. But a lot of that was on us, too. We weren’t playing with any urgency.” 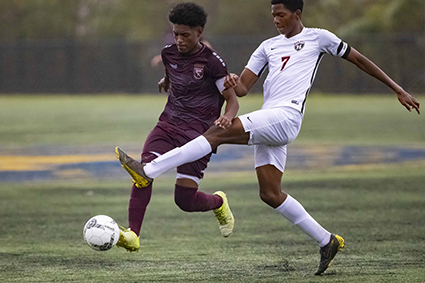 St. Benedict’s, which had a 26-0 advantage in shots, finally broke through in the 55th minute. Tony Yeboah burst into the left side of the penalty after beating one defender and firing a cross to the far left post where Jamar Ricketts chested the ball down and powered a shot into the back of the net.

Yeboah helped set up the second score when his driving shot from the top of box was parried by the near right post by the Hun goalkeeper for a Gray Bee corner kick. Rhys Armstrong served the corner kick to the far post and Zemi Rodriguez headed it home to seal the outcome in the 69th minute.