ST. BENEDICT’S PREP SOCCER TEAM TO COMPETE ON A CLUB LEVEL FOR 2020
All other fall sports teams continue to practice; x-coutry has a few meets lined up

The COVID-19 pandemic, which has caused scheduling conflicts all around the sports world, forced the cancellation of most of St. Benedict’s high school games for this fall. The Gray Bees play an independent schedule with a number of out-of-state games. 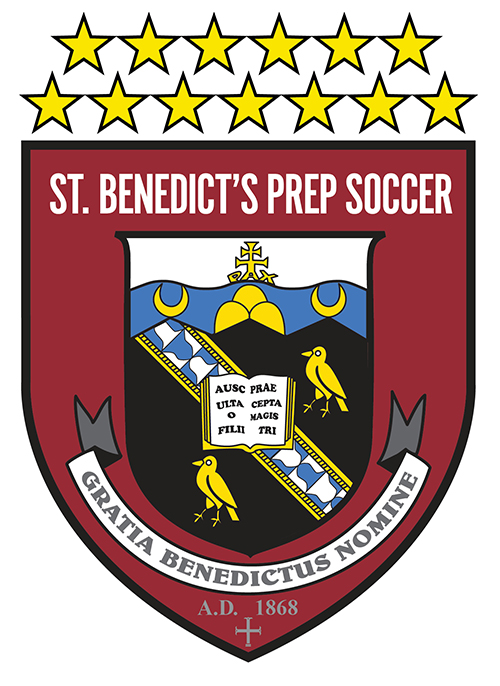 But, in true St. Benedict’s fashion, the School, and coach Jim Wandling, found a creative alternative for this season by competing in the Eastern Development Program club league (EDP). The Gray Bee Varsity Under-19 team will compete in the Under-23 division, the Reserves will compete in the U-19 league and the Freshman will play with the U-16s.

“The pandemic provided an opportunity for us to consider a new way of approaching our season while still giving our players the high-level competition that Benedict’s soccer is known for,” said Wandling, who has been the coach at St. Benedict’s since 2010. “With the majority of our schedule lost, we were faced with a dilemma.  But, as we tell our students and players all the time, the only way to go is forward.  So, we got creative.  I’m really excited for what’s to come.

“Competing for another national championship is always special and we won’t be able to do that this year.  But making sure our guys continue to grow as players and young men is more important than seeking another trophy.”

St. Benedict’s, which will adhere to all the guidelines set forth by the CDC regarding COVID-19, will open play in the EDP on Saturday, Sept. 19, against NJ COPA FC. Wandling’s team will also play a number of games against development academies and in showcase events.

Notes: The rest of the fall sports teams at The Hive will continue to practice on a daily basis. The cross country team will compete in six meets, beginning with the first at Garrett Moutain in Woodland Park on Oct. 3.