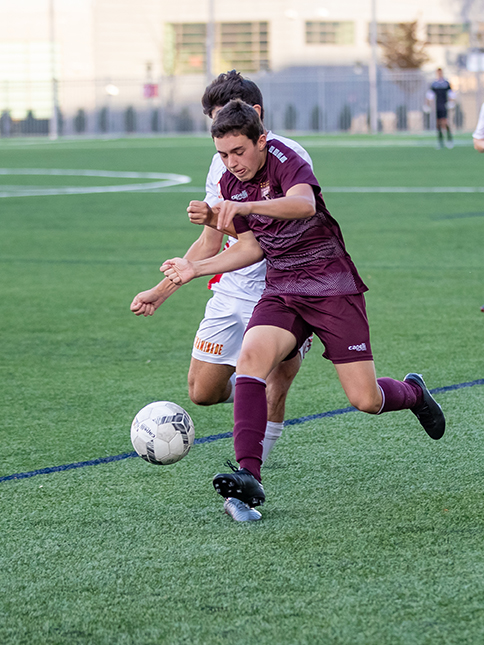 St. Benedict’s, the unanimous No. 1 ranked team in the country, had its final regular season game on Friday – a 6-0 verdict over Newark East Side – and seems to be clicking on all cylinders heading into Tuesday’s start of the State Prep A Tournament.

The Gray Bees wrapped up the regular season with a 17-0-1 mark, and with two more victories in the state tournament, coach Jim Wandling's team will complete a third successive season without a loss.

Rhys Armstrong (pictured) sandwiched a pair of assists around a goal of his own during a four-goal first half outburst against East Side at Newark’s Ironbound Stadium.

SBP, which is riding a 55-game unbeaten streak, opens state tournament play at 4 p.m. Tuesday against Hun at Riverfront Park. A win in the semifinals against Hun will give the Gray Bees a berth in the state final on Friday (Nov. 1), also at Riverfront.