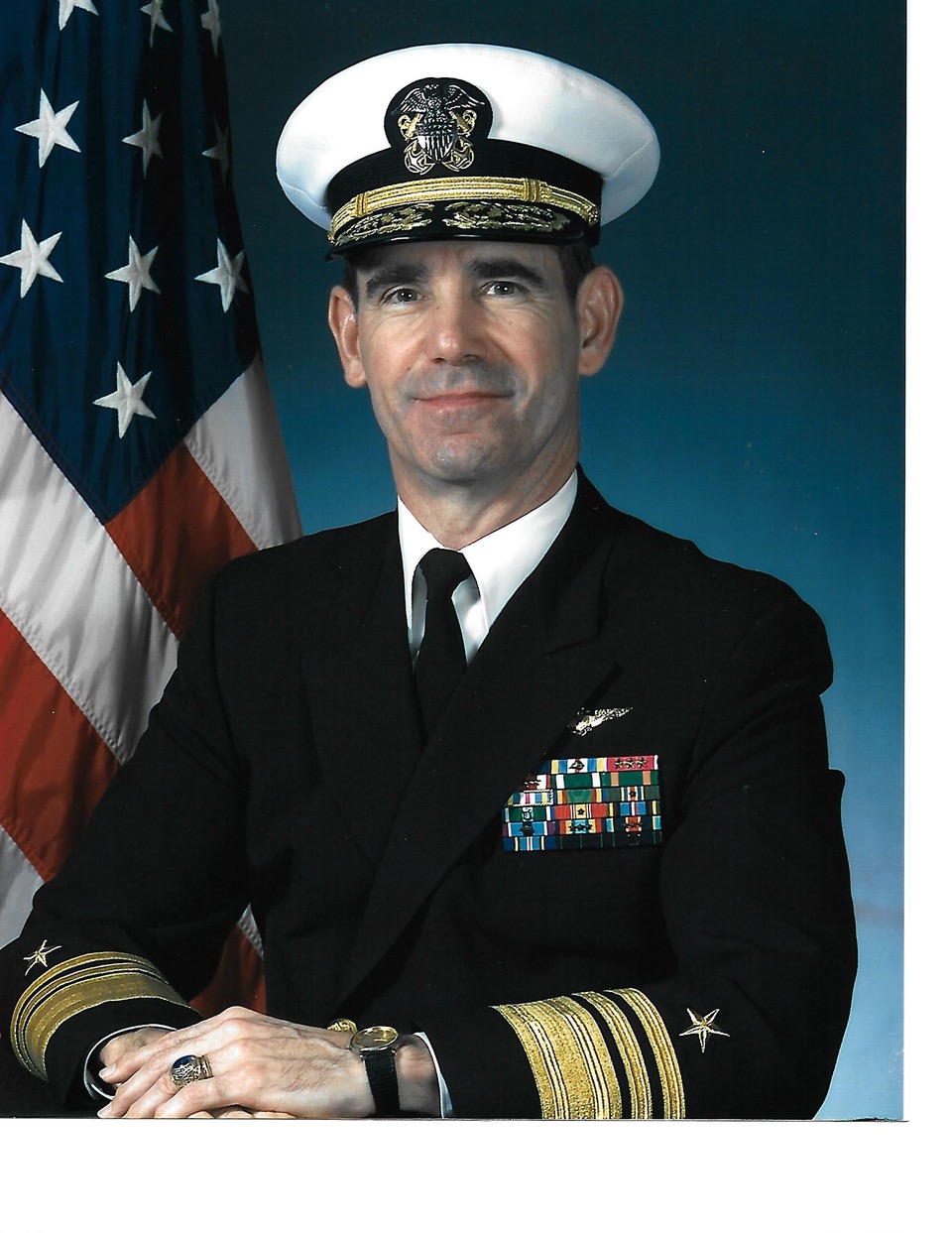 Vice Admiral Michael D. Haskins was born in Angels Camp, California. He graduated first in his class from the Naval Academy in June 1966 and was awarded a Fulbright Scholarship to study history at the University of LaPlata, Argentina. Following his studies in Argentina and flight training, he received his wings in Corpus Christi, Texas, in September 1968.

Vice Admiral Haskins reported to Patrol Squadron FORTY-NINE in Patuxent River, Maryland, and deployed twice to Keflavik, Iceland. In July 1972, he was assigned to the Naval Academy, where he taught History of Seapower. In July 1973, he was selected as a Chief of Naval Operations (CNO) Scholar. He attended Oxford University, England, where he received a Masters Degree in international relations and international economics.

Vice Admiral Haskins reported to Patrol Wing TWO staff as Training Officer in July 1980 and joined Patrol Squadron TWENTY-TWO as Executive Officer in May 1981. He served as Commanding Officer from May 1982 until June 1983. During this period, Patrol Squadron TWENTY-TWO deployed to Cubi Point, Philippines and conducted detachment operations from Agana, Guam. The squadron was awarded the Meritorious Unit Commendation for special operations. In June 1983, Vice Admiral Haskins assumed command of Patrol Squadron ONE where he served until May 1984. The squadron deployed to Kadena, Okinawa, and was awarded the Isbell Trophy for Anti-Submarine Warfare excellence.

In June 1984, he was assigned to the staff of Commander THIRD Fleet, where he served as the Current Operations Officer. In June 1985, he assumed command of Patrol Squadron THIRTY-ONE, the West Coast P-3 Fleet Replacement Squadron, and served until July 1986. During this period, the squadron was awarded the CNO Safety Award.

From August 1986 to March 1988, he was Deputy Director of the CNO Executive Panel (OP-00K) on the staff of the Chief of Naval Operations. From June 1988 to July 1990, he was Commander Patrol Wing ONE and Commander, Patrol and Reconnaissance Force SEVENTH Fleet. IN August 1990, he reported to the National War College and in December 1990, he became the 74th Commandant of Midshipmen at the Naval Academy.

In October 1994, he assumed the position of Commander, Patrol Wings U.S. Atlantic Fleet and Commander, Task Force EIGHT FOUR. In addition to this assignment, he deployed to Guantanamo Bay, Cuba, from July to November 1995 as Commander, Joint Task Force ONE SIX ZERO in charge of Cuban and Haitian migrant operations.

From June 1996 to July 1998, Vice Admiral Haskins served as Commander, U.S. Naval Forces, Japan. He was awarded the Order of the Sacred Treasure, Gold and Silver, by the Emperor of Japan. In August 1998, he reported to London, England, for duty as the Deputy Commander in Chief, U.S. Naval Forces, Europe. During his tenure, he additionally served as Deputy to Commander, Joint Task Force NOBLE ANVIL from March to July 1999 directing operations in the Kosovo conflict. From March to June 1999 he also served as COMFAIRMED/CTF 67. He reported to Washington, DC in July 2000 where he served as the Naval Inspector General until January 2003. He was the Distinguished Chair of Leadership at the United States Naval Academy from January 2003 to July 2007 and the Director of the VADM Stockdale Center for Ethical Leadership at the Naval Academy from February 2006 to July 2007. He is currently a consultant on Leadership and Ethics.