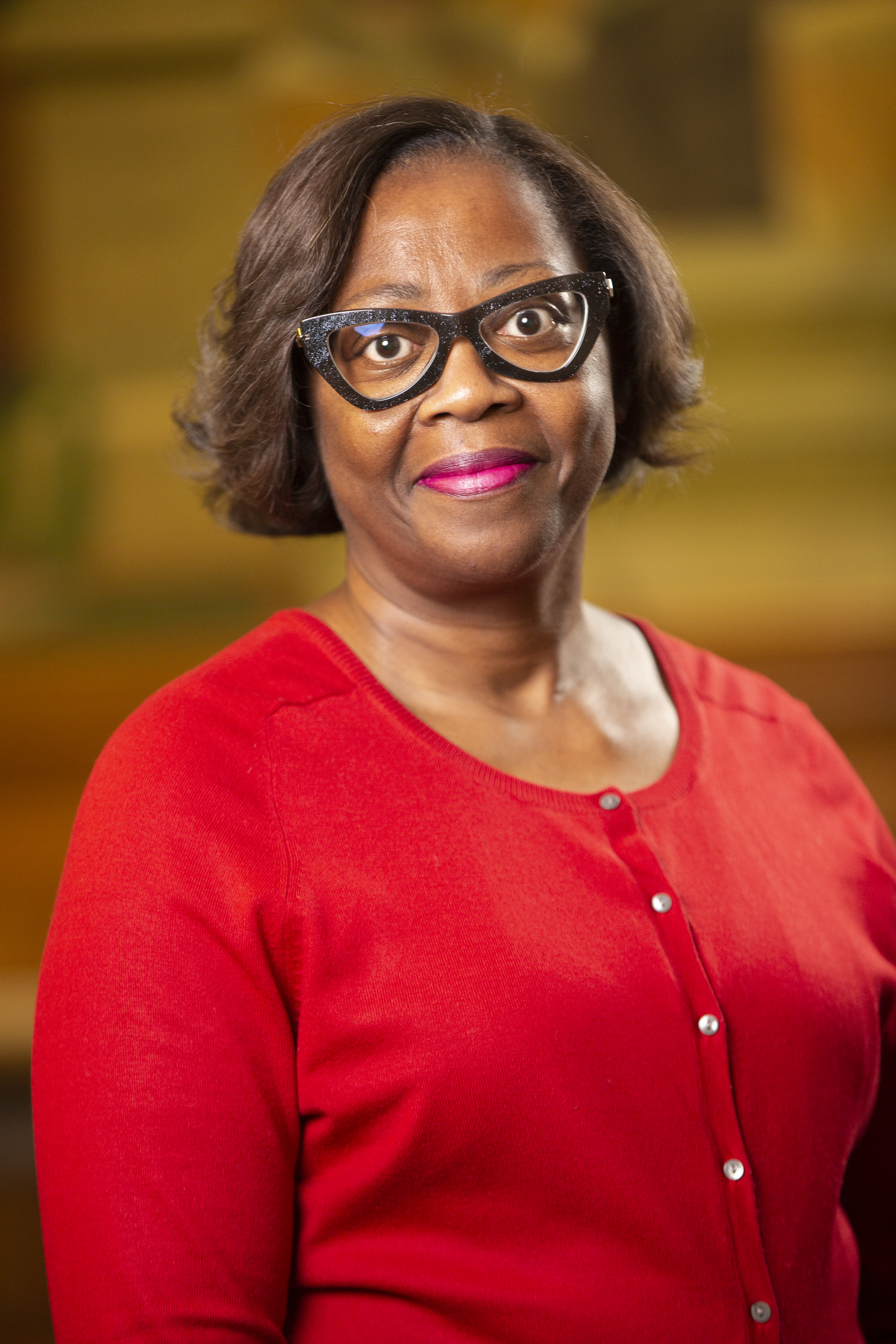 After Fr. Edwin, there is no one at St. Benedict’s Prep more well-known or better loved than Candace Bradsher H’99, currently Secretary to the Abbot President, Melvin Valvano, O.S.B. ‘56 and Annual Giving Officer in the Advancement Office. Candace has been a pillar of the St. Benedict’s Prep and Newark Abbey community for 36 years.

Candace first arrived at St. Benedict’s on April 1, 1986 after attending the North Ward Cultural Center’s business training course and responding to an ad for an Alumni Office Secretary. In 1991, she became secretary to Abbot Melvin and then Director of Development, Paul Thornton ’63. Candace says the Abbot “stole” her from Paul Thornton at some point, telling her she would be working exclusively for him from then on. Although she is still the Abbot’s right hand, she has had, and continues to have, many other responsibilities. But working with and for the alumni is the job she loves best. She credits Paul Thornton for pushing her to do jobs she did not think she could do. With Paul’s urging, Candace became a liaison between the Alumni Association and the Development Office when that position became vacant. In addition to her regular duties for the Abbot and the Advancement Office, Candace was asked to teach one section of Freshman English, filling in for the late Bill Petrick. She said that was one of the hardest assignments she has had in her 36 years of working here.

Born in Quantico, Virginia, and raised in Paterson, New Jersey, Candace moved to Orange as a sophomore in high school. She graduated from Orange High School in 1982 and attended Glassboro State College for two years before returning home to work and participate in the North Ward Cultural Center’s business course. Candace returned to college relatively recently, graduating from Rutgers Newark in 2014 with a B.A. in English and a minor in Women & Gender Studies.

A member of Calvary Baptist Church in Morristown, which she describes as her third home after St. Benedict’s, Candace volunteers with the New Members Ministry, Our Daily Bread (the kitchen), Family Promise (caring for the homeless), the Women’s Ministry and is now officially a deacon.

In her little bit of spare time, Candace enjoys quilting, traveling, going to the movies and spending time with family and friends. She was also a regular at St. Benedict’s Crossfit box.

An indomitable woman whose service to St. Benedict’s is incalculable, Candace relies on her faith and her favorite scripture passage, Philippians 4:13: “I can do all things through Christ who strengthens me.”