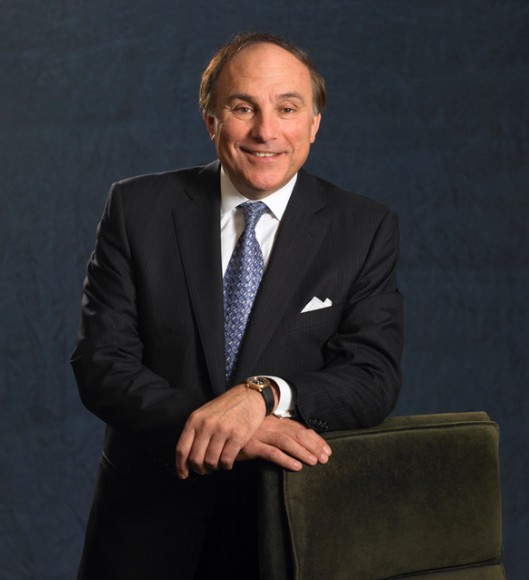 Ron Del Mauro began his career with Saint Barnabas Medical Center in 1967. For 14 years, he served as Vice President for Human Resources and Director of Personnel. In 1983, he was named Senior Vice President for Human Resources for the Saint Barnabas Corporation and General Manager and Chief Operating Officer of Livingston Services Corporation, the for-profit affiliate of the Barnabas Health.

For more than a decade, Mr. Del Mauro has been a member of the St. Benedict’s Prep Board of Trustees, most recently serving as Chairman of the Advancement Committee. During his time guiding the School’s fundraising efforts, gifts to the Annual Fund, alumni participation, and endowed giving all hit new highs. And, the most consequential campaign in School history, Forever Benedict’s: The Campaign for St. Benedict’s Preparatory School, surpassed its $100 million goal.

In addition to his support of The Hive, Mr. Del Mauro has been actively involved in many professional organizations and health associations including the New Jersey Hospital Association, of which he is former Chairman; Chairman of the Infrastructure Advisory Committee of the N.J. Domestic Security Preparedness Task Force; the New Jersey Chamber of Commerce; Life Sciences Advisory Committee of the CIT Group, Inc.; Leadership Council of the Center for Leadership Studies and The Center for Public Service Advisory Council at Seton Hall University; member of the Board of Trustees of the Delbarton School in Morristown; member of the Certificate of Need Study Commission, an appointment by Governor Christine Todd Whitman; member of the New Jersey Essential Health Services Commission, an appointment by Governor James Florio; a member of the Board of Directors of Margaretten Financial Services Commission; a Management Trustee of Local 68 International Union of Operating Engineers’ Pension Fund; a member of the Board of Trustees of the New Jersey Organ and Tissue Sharing Network and of the Stone Center of New Jersey and the Papermill Playhouse in Millburn.

Mr. Del Mauro is a graduate of Seton Hall University, where he served as an Adjunct Professor at the Graduate School of Public Administration from 1983 to 1985.