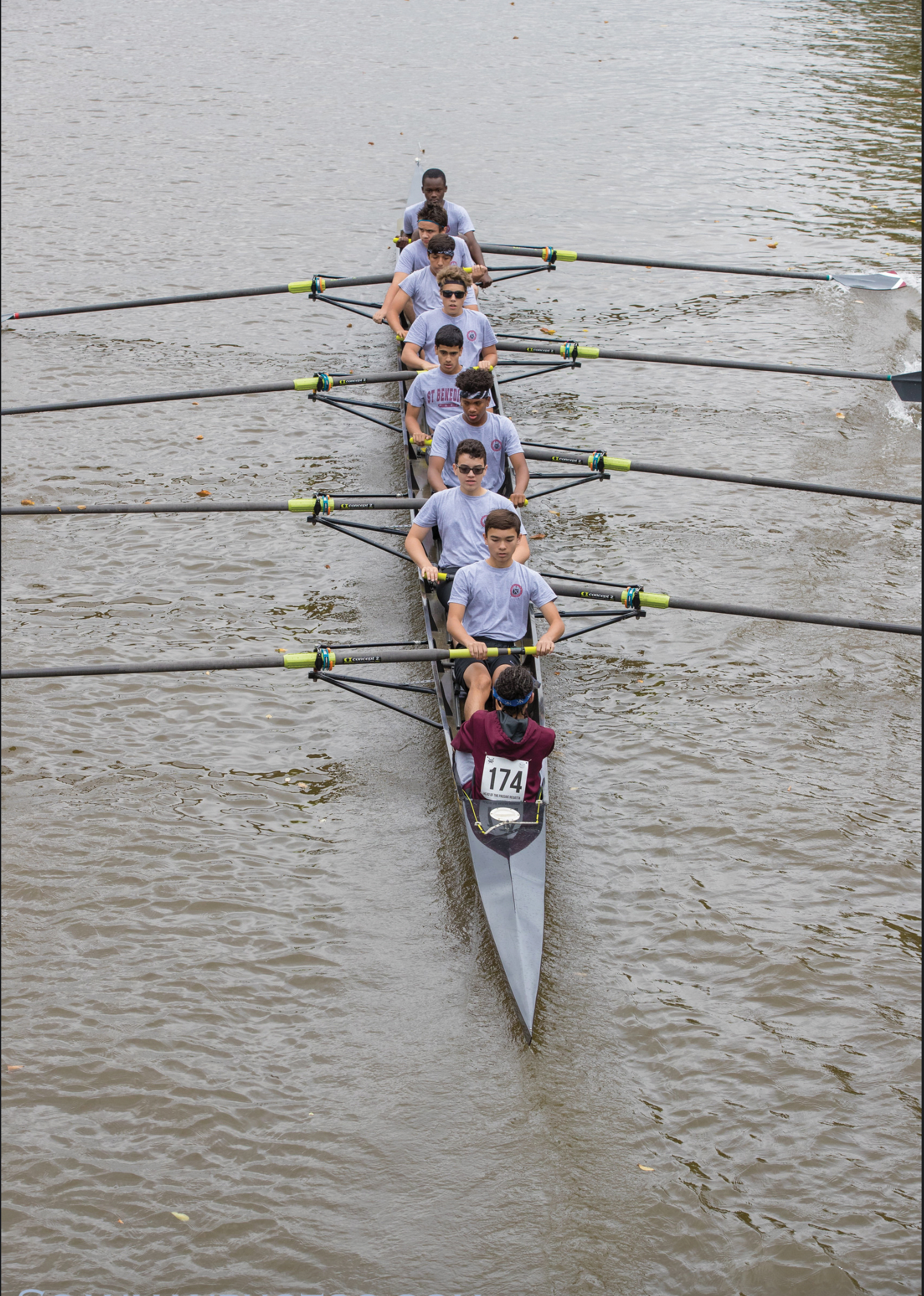 It’s estimated that 6% of male high school athletes go on to play college sports at the Division I, II or III level according to the “Estimated probability of competing in college athletics,” published by the NCAA. This fall, 13 Gray Bees, or 11% of the Class of 2022, will begin NCAA careers at a range of Division I, II and III schools. Director of Athletics Tom Leahy ’77 said the above average figure for NCAA recruitment, which is consistent for most graduating classes, is the by product, not the point of the athletic program at St. Benedict’s Prep.

“It’s about giving kids an opportunity,” said Leahy. “The mission of Athletics is no different than the mission of the School. We want these athletes to be caring, loving, successful adults with options in their life. We just use athletics as a means to further that.” Five Benedict’s teams will be represented in the NCAA this year, including crew. Leahy noted this was the first year Benedict’s rowers were recruited to college programs. Crew is relatively young at The Hive. It began in 2011 and several rowing alums have competed in college on the club level or as walk-ons.

Though not a routine matter, Gray Bees do on occasion land on the same NCAA team. Saint Vincent College produced the video, “The Brotherhood,” about the tight bonds soccer players David Rahaman ’20, José Hurtado’20, Andrés Mateos Carrion ’20 and Joel Quiroz ’20 brought to the Bearcat program.