A NEW ERA BEGINS AT THE HIVE WITH THE FIRST VARSITY SPORT FOR GIRLS
Volleyball team has its first match on Monday,  Sept. 13

Nia Grant strode purposefully among the 18 or so Girls Prep Division students working out in the steamy HAB gym on a recent Wednesday afternoon. The 28-year-old  professional volleyball player, former co-captain of NCAA championship teams at Penn State and now coach of the Gray Bee volleyball team, kept a close eye on kids doing weight training and conditioning exercises before moving into ball control training and drills. Three hours a day, six days a week. 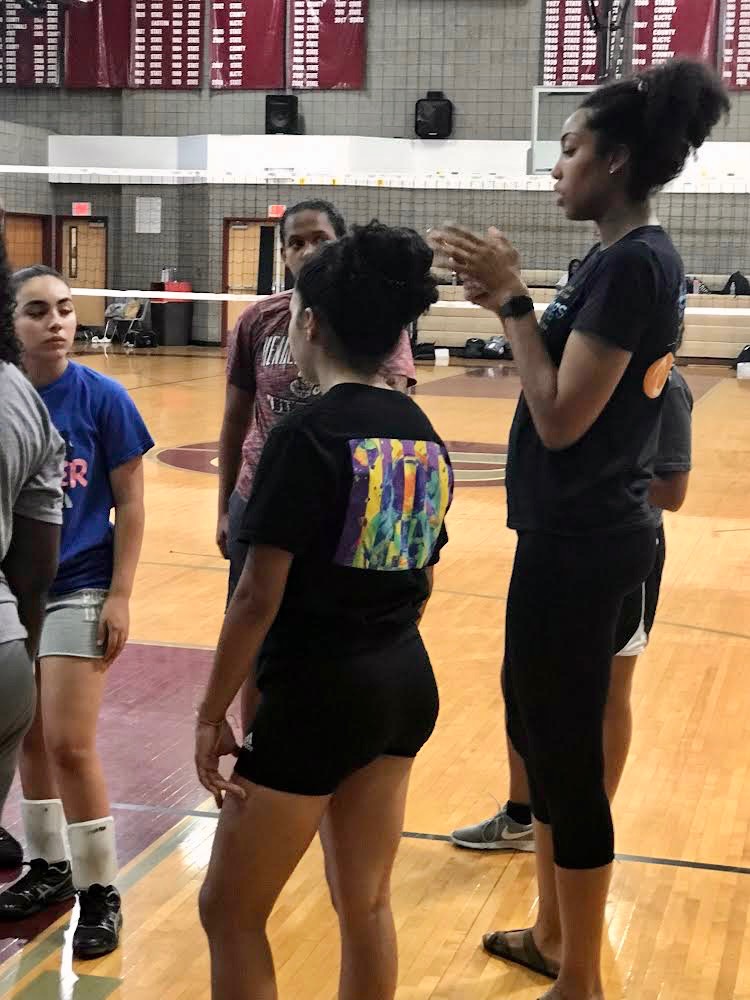 Athletic Director Tom Leahy ’77 says Grant is a “phenomenal coach. She was our first call when we needed to have girls [sports teams.]” Grant was not a total stranger to either Leahy or St. Benedict’s. She has visited the school over the years, to see her college friend, SBP athletic trainer Johan Dodson. During some of those visits, Grant, then a professional athlete, needed workout opportunities so she visited “the Box” where Leahy runs CrossFit St. Benedict’s sessions. Another friendship developed and by the winter of 2021, there was talk of a girl’s volleyball team and an April clinic to gauge interest and talent among the students.

Grant says “The Box” was a great experience for her – she got to know the girls who were working out and saw Leahy’s leadership. Not having had her own team to coach in the past, but having the experience of running many clinics for every level of player, she says she did her research and, after the April clinic, decided she was in.

“Honestly, I am trying not to have any expectations going in,” Grant says. “St. Benedict's never had girls; it’s a new program” She hopes to spark interest and her first goal is to have the girls enjoy themselves. But eventually she wants people to see the girls program the way they see soccer, basketball, track and more here. “I want them to be as successful as some of the male teams here.”

A 2014 graduate of Penn State, Grant majored in communications and Italian and after graduation played professionally in Thailand, France, Poland, Italy  and Texas. And now she is in Newark. 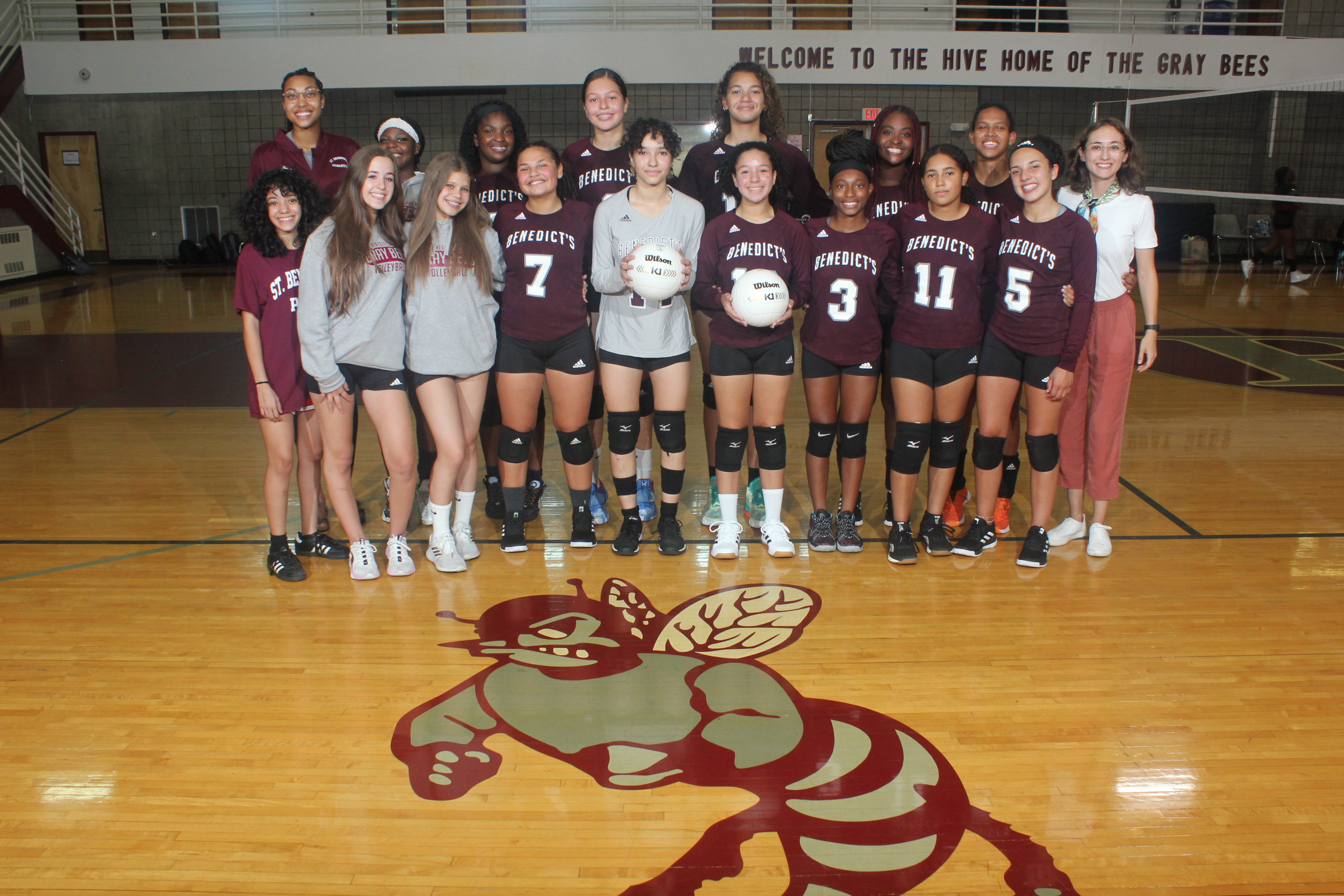 The team’s first game against Morristown-Beard on Sept. 13 at home in Dalton Gym, beginning at 4 p.m. The seasons runs until Oct. 27.

Most of the girls have never played before but,  as Grant says, “There are some really good athletes.” And they’re working hard. Grant demands it.

“Volleyball has been my life for 15 years. They are learning that I take it seriously.” Looking out at the girls doing squats, deadlifts and more during the first hour of the three-hour practice, she added, “If I had it my way, I’d have them in here for four [hours].”

View photos of the Gray Bees' season-opener against Morristown-Beard