Crossover Prep in Tulsa, Okla., worked closely with the Fr. Mark Payne Institute to establish an all male school modeled on St. Benedict's Prep. The school's core motto is, "I am my brother's keeper." 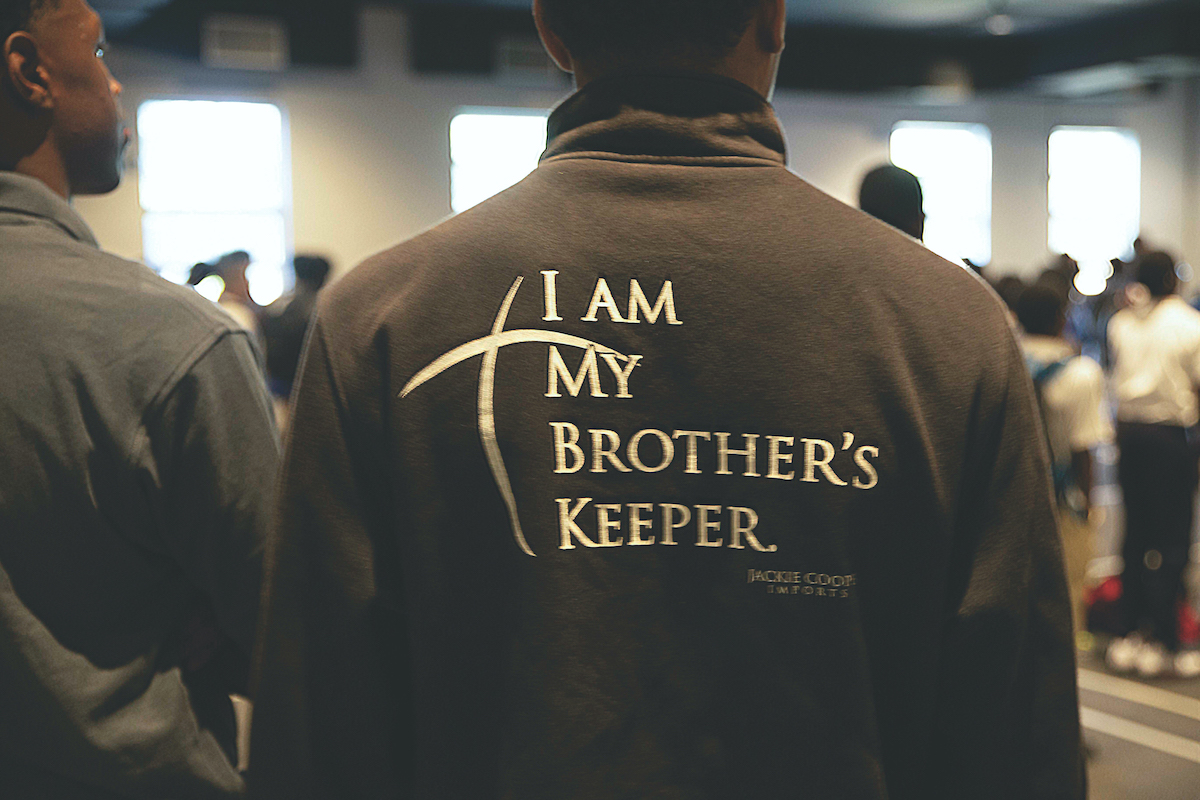 When Pastor Philip Abode watched The Rule, the documentary about the monks of Newark Abbey that posed the question, “Want inner city schools to finally succeed?” he was blown away. The challenges he saw Newark kids navigating in the 2014 film, closely matched the disparities and circumstances in his own community of north Tulsa, Okla.

“There are a lot of similarities,” said Abode, executive director of Crossover Preparatory Academy, an all-boys, Christian preparatory school that opened in 2017 based on the Benedict’s model of urban education. More than 35% of north Tulsa’s population lives in poverty compared to 17% for the rest of the city. The majority of students are raised in single parent households, enter high school with academic deficiencies and the life expectancy in Tulsa County can vary as much as 17 years.

“In an under resourced community like ours, everyone who can, leaves,” said Abode. “We want to reverse that trend.” Crossover Community Impact (CCI), Inc., was established in 2006 to restore the community with a comprehensive range of ministries that includes the Crossover Bible Church, youth sports, housing, health care, economic development and education. “Having an all-boys school was a dream of ours since 2010,” said Abode. “We wanted to leverage education to have a deeper conversation and be able to walk with young men as they get ready for life.”

CCI partnered with St. Benedict’s in 2015. The relationship precedes The Vox Institute, recently re-established as the Fr. Mark Payne Institute, which was founded after the “60 Minutes” broadcast generated nationwide interest in the Benedict’s educational model. Crossover Prep began with 27 seventh graders and adapted core pillars of community, student leadership, counseling and experiential education as well as daily practices at The Hive. The north Tulsa school holds Convocation every day, only students say, “I am my brother’s keeper,” instead of “Whatever hurts my brother hurts me.” Young men are organized into teams to encourage student leadership, and ninth graders participate in a freshman retreat, which sets the tone for the first year of high school. Similar to Gray Bees, they finish the year with a manhood hike patterned after the Backpacking Project, the 55-mile hike along the Appalachian Trail every first year is required to complete.

It's been cool seeing more buy in to the culture...we're seeing kids hold each other accountable for expectations.

In 2020 when the first freshman class was in place, Abode stated, “We don’t know how well the school is working until students start passing on the culture to other students.” Three years later, the first senior class is getting ready to graduate and the pastor observed, “It’s been cool seeing more buy in into the culture. All the high schoolers who are here, want to be here. We’re seeing kids holding each other accountable for expectations.”

In fact, the 2022-23 academic year has been a significant turning point for Crossover Prep. The school now enrolls 92 young men in Grades 6-12, and 24 girls attend sixth and seventh grades at a Crossover Prep sister school with plans to expand to Grade 12. CCI completed a capital campaign and Crossover Prep will move to a permanent facility next fall. The school also piloted a residential program, modeled on St. Benedict’s Leahy House, that is providing structure and focus for five students.

Crossover Prep’s ultimate goal is to graduate classes of young men and women who come back to north Tulsa to live, work and raise families. Even as the school is on an upward trajectory, Abode said they are still learning from St. Benedict’s Prep. He pointed out that the success of Crossover Prep demonstrates that St. Benedict’s is not the exception to the rule. “It’s a model that can be replicated. We’d love to be able to show others, these are the [Benedict’s] lessons we learned starting from scratch. Here’s a group that did that.”