Newark, N.J., July 24, 2020 — When Benedictine Academy (BA) alumna Mary Ellen Harris learned the all-girls Catholic high school in Elizabeth, N.J., would close at the end of the school year — and the girls had the opportunity to continue their education in the Benedictine tradition at a new Girls Prep Division at St. Benedict’s Prep — she knew exactly what to do. 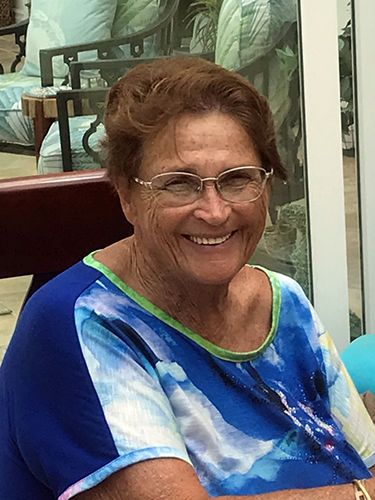 Through the Golden Dome Foundation, a charitable foundation Harris established with her late husband, Robert H. Harris, Ph.D., a 1964 graduate of St. Benedict’s, she made a $500,000 gift to the School that will be evenly split between the new Girls Prep Division and the Boys Prep Division. The investment will be used to support scholarships for financially needy students, especially for her sisters who came from BA. “It’s a perfect opportunity,” said Harris, a 1965 graduate of BA. “We want to see the kids get a good education. They can’t do it on their own without people believing in them.”

The Harrises met as students at their respective Benedictine high schools. Dr. Harris went on to The University of Notre Dame, earned a doctorate in biochemistry from Rutgers University, became a leading research scientist at Warner Lambert and American Home Products and held posts at the Food and Drug Administration, National Institutes for Health (NIH), and Georgetown University Medical Center. At the urging of Mrs. Harris, he began his own company, Harris FRC Corp., and later developed VIMPAT®, a widely prescribed drug used in the treatment of epilepsy.

Dr. Harris died in 2017. As president of the Golden Dome Foundation, Mrs. Harris makes a point of supporting philanthropic initiatives in her husband’s memory. In 2019, a gift from the foundation named the Dr. Robert H. Harris Emergency Care Center at Bayshore Medical Center in Holmdel, N.J. “Bob is still very present in my life,” Harris stated. “I like supporting institutions that have significance in his life.”

More than 70 girls, primarily from BA and Cristo Rey Newark High School, a co-educational Catholic high school in Newark that also closed in June, are enrolled in the new Girls Prep Division. Summer Phase for the Boys and Girls Prep Divisions at St. Benedict’s began virtually on July 6.