St. Benedict’s dynasty has produced some storied teams over the last three decades. 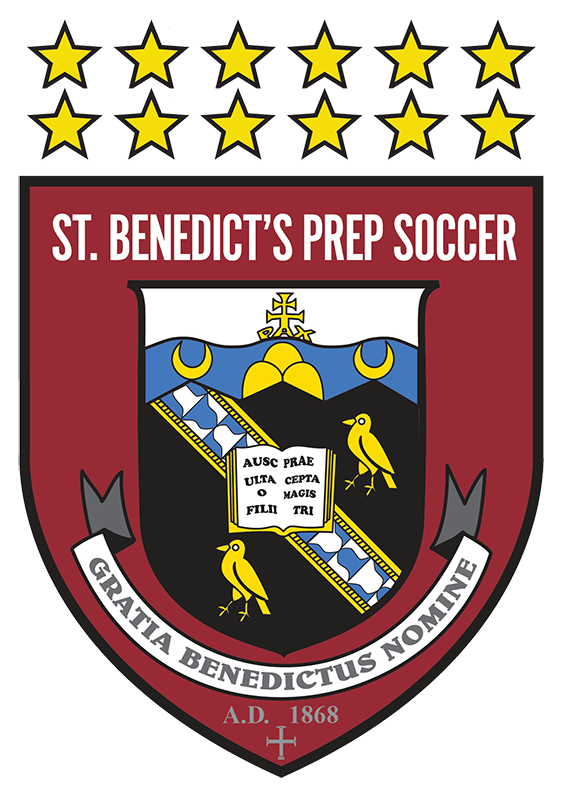 But this year’s club, bolstered by as many as five major NCAA Division 1 caliber players, will have an argument as being the best-ever.

Coach Jim Wandling’s team capped a perfect 18-0 season by dominating a quality side from Pennington, 7-0, in the State Prep A Championship game on Thursday and thus completed a wire-to-wire run as the nation’s No. 1 ranked team.

“You don’t want to be disrespectful and take anything away from the groups that have played in a Benedict’s uniform before this particular team,” said Wandling. “But jeez, if you had an opportunity to watch these guys day-in and day-out over the last two years, you’d be hard-pressed to identify a group that played the game at such a high level.”

Wandling ’92 knows a thing or two about the soccer program. He was a starter on the Gray Bees’ first national championship team in 1990, came back as an assistant coach in 2000 and eventually took over the head coaching duties in 2010 before capturing a national title the following year - a run of six national crowns in the last eight years.

“We’ve had some very athletic teams and some very blue collar teams in the past that have done incredible things at Benedict’s,” said Wandling, whose club captured back-to-back national titles and ends this year on a 37-game winning streak. “In terms of moving the ball and playing soccer in its most pure form, this team is unmatched and unparalleled. And, I think the way they played today, backs that up.”

The Gray Bees came out firing against a spirited Pennington club, which challenged SBP from the outset. But once Zemi Rodriguez found the range after a give-and-go from Julian Gomez in the 18th minute, the flood gates opened. 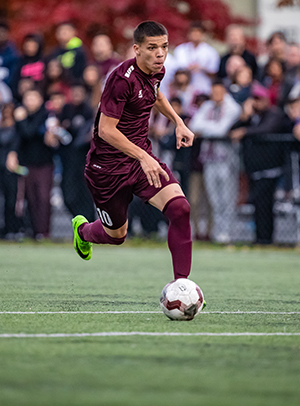 St. Benedict’s (18-0) scored three more times after the midway point of the first half and never looked back in capturing its 29th state title in 30 years.

“Sometimes it takes a while to get that first goal, but once we do, we never stop,” said the Gray Bees’ offensive catalyst Celio Pompeu, who scored the second goal in the 25th minute off a penalty kick before Ronald Mafunzwaini and Hyunjun Sun closed out scoring in the opening 40 minutes.

“I think we are so successful after we score the first one because we only think about St. Benedict’s first, not only on the field, but in the classroom,” said Pompeu. “This teams really cares about the badge first and foremost over any individual statistic. We think about being the best team every day and that means sacrificing everything for the team.”

Pompeu, who will take an official college visit to UCLA this weekend, set up the fifth goal by Gomez – his team-leading 22nd assist, before scoring his 16th goal of the campaign 20 minutes later. Mafunzwaini capped the scoring with his second strike later in the half.

The Gray Bees, which solidified its stranglehold on the No. 1 national ranking during the season with victories over No. 2 St. Ignatius of Ohio and No. 7 Salesianum, along with victories over three of New Jersey’s top 10 teams, registered its 14th shutout of the season, including blanking the final 10 opponents on the year.

(View more photos of the 2018 State Prep A Championship game)

The defensive stalwarts, in front of goalkeeper Aurie Echevarria-Briscoe, were A.J. Johnson and Boti Ebenezer in the middle and Hyunjun Sun and Cao Chavez on the flanks. Johnson was thrust into the starting role in the back during the preseason. 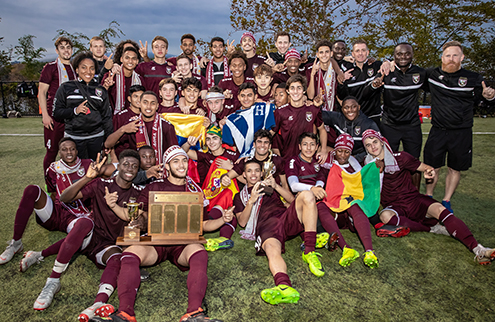 “I remember the beginning of the season, when I was asked to drop into the defense, I didn’t think I would like it that much,” said the senior. “But I enjoyed it so much. I think it might be my future position. And to play a key role during a great season, it’s hard to put into words right now.”

Anchoring the Gray Bees in the middle of the pitch was Henrique Cruz, who will go down amongst the best in a long line of great maestros who have donned a Gray Bee uniform. He was aided in the midfield by Rodriguez, Kalleb Braga, Thiago Quintanhila, Rhys Armstrong and Alex Oliveira.

Gomez finished with a team-high 17 goals, while Mafunzwaini added 15, Israel Neto added 10 and Peter Yaro chipped in with 11. Wandling insists none of this would be possible without his assistants, Sylvers Owusu '03, Kieran Patrick, Clint Caso '11 and Brendan McKeown.

“This is an incredibly special group,” explained Wandling, who has now fashioned a gaudy nine-year ledger of 167-8-3. “I’m incredibly proud of their accomplishment, but it’s a bit bittersweet in the end because half the team will graduate and won’t put that Benedict’s badge on again. They have accomplished an awful lot over the last two years."

Watch highlights of the State Prep A Championship game