OLYMPIC GOLD MEDALIST MAKES ANOTHER RETURN TO THE HIVE 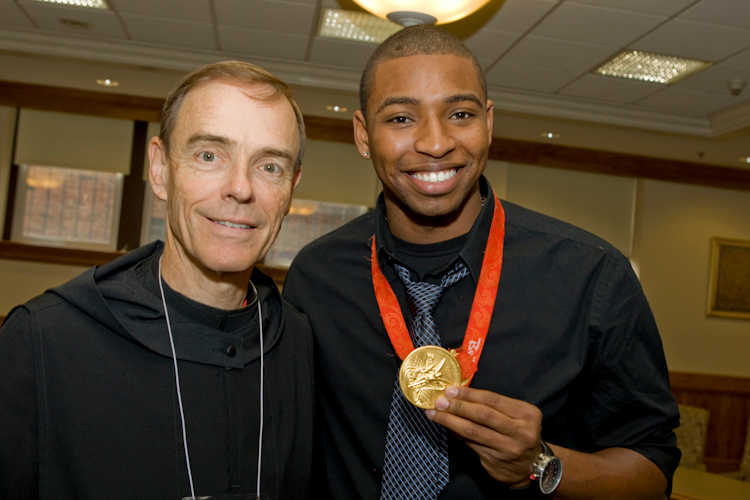 Cullen Jones received a hero’s welcome when he returned to The Hive after winning his first Gold Medal in the 2008 Summer Olympics in Beijing.

At age 24, Jones returned to SBP in October of 2008, just a couple months after helping the United States 4x100-meter freestyle relay team win the Gold Medal and shatter the world record in one of the most memorable events in Summer Olympics history in Beijing. He was the first African-American swimmer to hold a world record.

Register for St. Benedicts's 2022 Hall of Fame Dinner on November 30

"Words can not describe the feeling I still feel to be the first African American to have a world record," said Jones, who told the students that day during an assembly in his honor to "Dream Big," a motto which became his own personal crusade since graduating from St. Benedict's in 2002. He was besieged with chants of “Cullen” and “U-S-A” before a packed house in Conlin Auditorium. 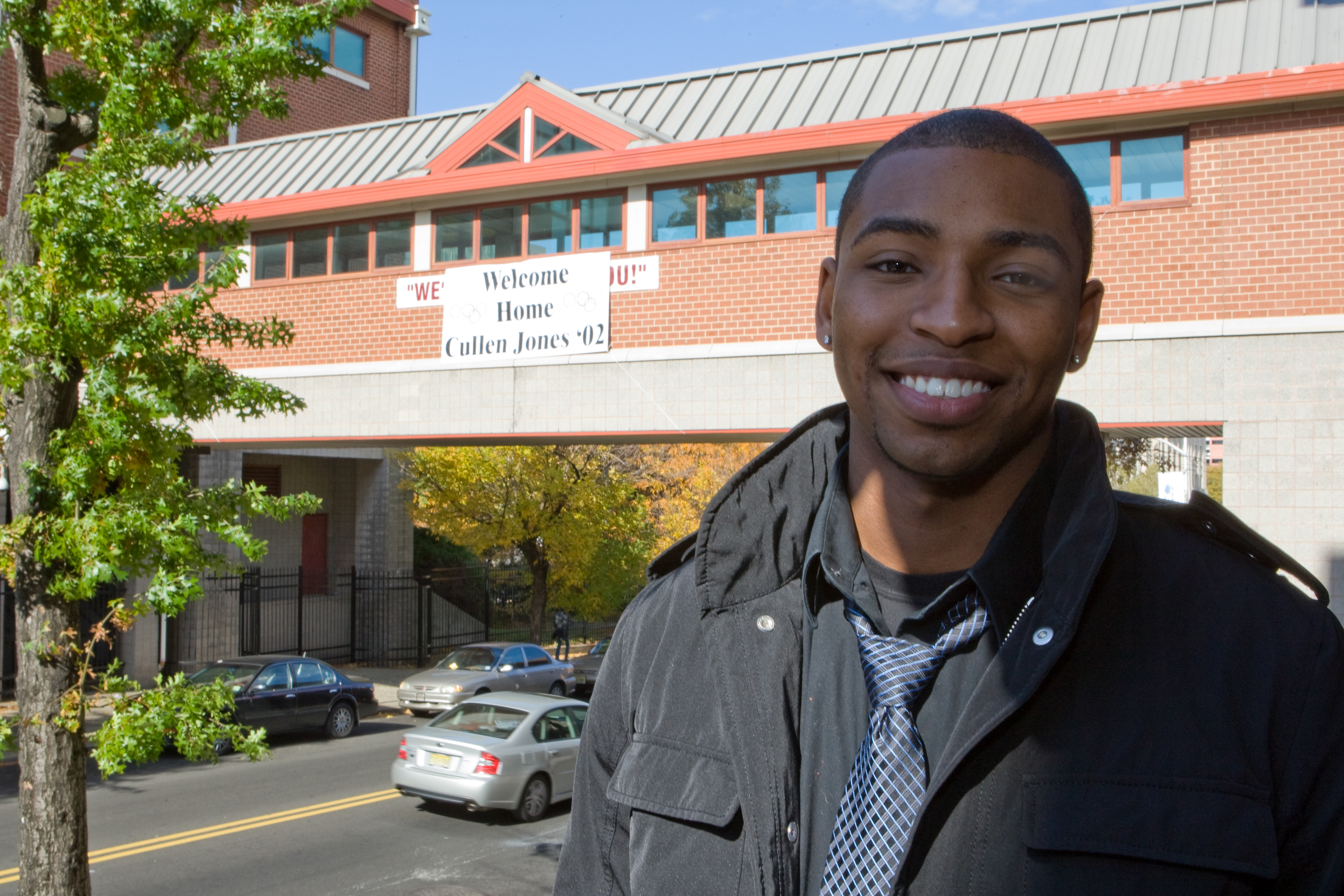 Jones, who went on to earn another Gold Medal and a pair of Silver Medals in the 2012 Summer Games in London, will once again be honored by his alma mater on Nov. 30 when he is inducted into St. Benedict’s Hall of Fame at Nanina’s in The Park, Belleville.

“I’m really excited, blessed enough to be one of the Hall of Fame honorees,’” he said. “It is a true honor to be amongst the greats  who pass through the halls of SBP, past and present. I will forever cherish this induction."

Jones, who went on to become an All-America at N.C. State before Olympic fame, still holds St. Benedict’s close to his heart.

“Some of the life lesson's I learned came directly from this place and they'll stick with me forever," said Jones during his visit after winning Olympic Gold. "St. Benedict's is as much a part of my success as anything I've done. There were years of training and endless hours in the pool, but anything I ever accomplished is in one way or another related to this place."