Following a year of uncertainty and bypassing the high school season due to a worldwide pandemic, things returned to normal for the St. Benedict’s soccer team on Wednesday. 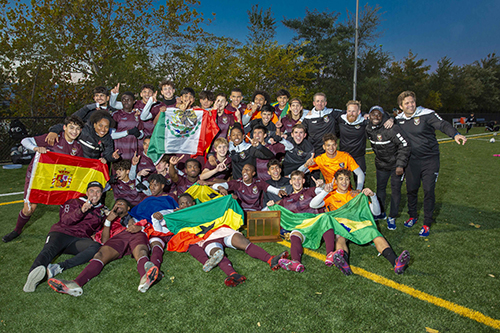 The Gray Bees are back on top following a 2-1 victory over Pennington in the state Prep A Championship game before a boisterous crowd at Riverfront Park in Newark.

Coach Jim Wandling’s team, which played a club-level schedule in 2020, came back this season and ran its unbeaten streak against high school competition to 70 games after a perfect 13-0 mark this year, capped with its 31st state championship. SBP has gone four full seasons without a loss.

St. Benedict’s has been No. 2 in the national rankings all season but made a strong case to be crowned the top team in America for the 14th time in school history with its victory over eighth-ranked Pennington. Its triumph was the second over the Mercer County champion and fifth against a nationally ranked opponent.

“A return to the field was a return to normalcy for all of us this year,” said Wandling. “But there was a lot of things still up in the air after 2020. We had to rebuild and instill the tradition of St. Benedict’s soccer and these guys came through with flying colors.”

The Gray Bees opened  the scoring against Pennington in the ninth minute when their playmaker, Ransford Gyan, made a nice run to the right end line before setting up the score. Gyan cut the ball back to his left foot and made a perfect feed across the middle to Peter Yaro, who one-timed the cross into the goal. 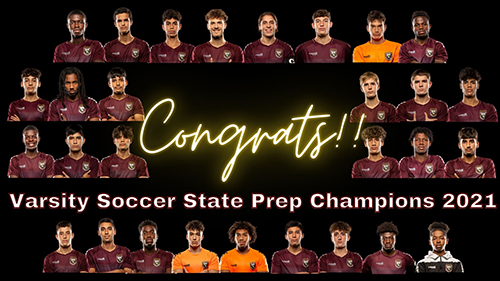 The one-goal cushion stood until the halftime break because of some superb goalkeeping from Marcilio Soares. The Gray Bee junior parried a shot by his left post after a bending free kick by Pennington’s Lukas Gessner only one minute after St. Benedict’s score.

Soares also came off his line to snuff out a mini-break by Pennington later in the half. Pennington (15-2-1) did manage to find the mark against Soares just seconds after the halftime break when Gessner’s long free kick into the box was finished off by Bakary Tanjigora.

St. Benedict’s, however, regained the lead it would never relinquish in the 52nd minute off a counter when Belmar Joseph converted a cross from the right side by Molik Khan. The Gray Bees stifled the Pennington attack from there and managed to extend its four-year unbeaten streak to 70 games.

Wandling’s couldn’t give enough praise to his assistants, Kieran Patrick, Sylvers Owusu, Johnny Antunes and Dave Pekarek. He was especially complimentary of Patrick’s game-day tactical planning, which helped the Gray Bees knock off four teams ranked among the top 10 in the country. SBP also didn’t allow a single goal during the run of play the whole season and only allowed 5 all season.

“Four years unbeaten – wow! After what transpired last year, I’m really, really proud of these boys and their effort,” said Wandling. “Their ability to buy into what makes us different and why we are who we are here at St. Benedict’s. It’s what sets us apart from other teams, period.”