Share to FacebookShare to TwitterShare to LinkedInShare to PinterestShare to Email
We introduce Tom Haneke '66 as the second inductee of St. Benedict's Hall of Fame Class of 2022

A STANDING OVATION FOR TOM HANEKE '66

Tom Haneke ’66 was recruited to play at Benedict’s. Play the drums, that is. Tom wasn't so great at sports but he did love the arts – music and drama – and was a great drummer, while still in eighth grade at St. Peter’s in Belleville. That year, the Benedict’s drumline was a little weak and the marching band had to perform in a parade downtown. So, Fr. John Browne, O.S.B, who knew of Tom’s musical prowess through his brother, Don Haneke ‘63, recruited Tom to play drums for Benedict’s before he was even a student here.

Tom followed his brother to The Hive because his parents wanted the strongest education they could give their sons. “It’s the best school I ever went to,” Tom said. And he has been to a few; he graduated from Saint Peter’s University with a degree in English and then earned a Master's Degree from Boston University’s School of Public Communication. Tom flourished at Benedict’s, participating in the Glee Club, the Bee Sharps (an acapella group), and the Drama Guild all four years. Benedict’s, he said, was “basically, life changing.”

When he watched the Benedict’s Drama Guild production of Damn Yankees when he was in eighth grade, he knew what he wanted to do. “As a soon as I got to Benedict’s, I went to the Drama Guild.” There he met the legendary Frank Torok who welcomed him. Tom got hooked on theater. He performed in the first Benedict’s Summer Theater in Twelve Angry Men and many other productions. In addition to the Drama Guild, he joined the band, spent four years in the Glee Club and was the middle guy who played the pitch pipe and started the Bee Sharps’ songs. He immersed himself in music and theater. “I took everything they had.”

Having been diagnosed with diabetes as a 13-year-old after struggling with symptoms for years, he decided it would be unwise to live in a dorm far from home. Always a good student, he earned a scholarship to Saint Peter’s. After three years in graduate school in Boston, he and his late wife, Claudia, moved back to New York and Tom “hit the streets, looking for a film job.” 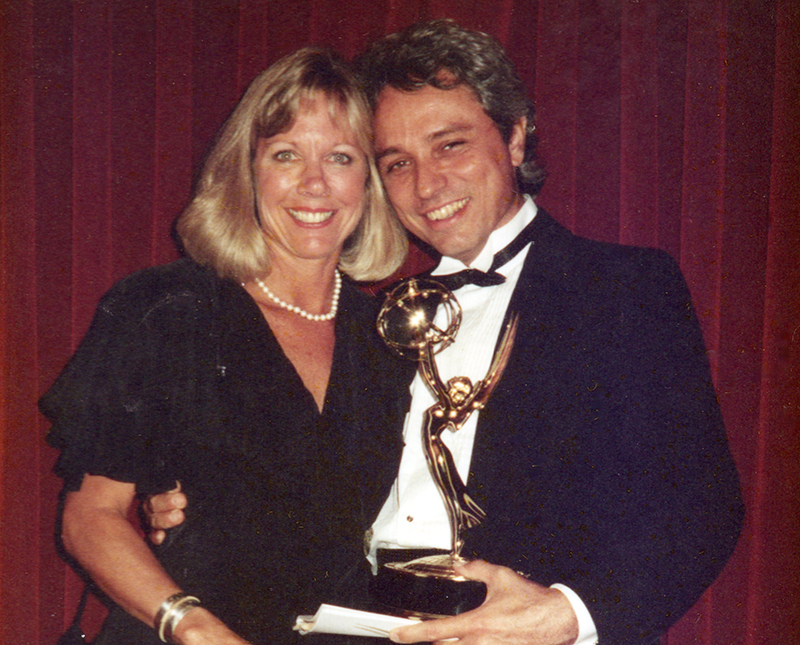 He found one, essentially as a gopher for a film editor, who noticed his talent; he was quickly elevated to an assistant editor. Once he was in the editing room, he said, “I knew that was what I wanted.”

From Mao to Mozart, a documentary chronicling with affection and intelligence the violinist’s 1979 visit to China won the Academy Award for Best Documentary Feature in 1980. Tom was the editor. He went on to spend 35 years in New York editing more than 30 long form documentary films, and working with directors like Barbara Koppel, Alan Miller, David Grubin and more. In1993, he won the Emmy for Outstanding Editing of the documentary Jack, a CBS special presentation portrait of John Kennedy on the 30th anniversary of his assassination. In all, his documentaries have won three Oscars for Best Documentary Film; two were selected for the Sundance Film Festival; two were selected for the New York Film Festival; one or the Venice Film Festival and one for the Cannes Film Festival. Tom has been awarded three Emmys for News and Documentary editing.

Tom and his wife Georgia Lesnevich Haneke now live in Utah. They have three daughters, five grandchildren and two dogs. Still dedicated to the arts, Tom has volunteered for Hospice for three years, “mostly playing and singing songs on the guitar for my patients.”