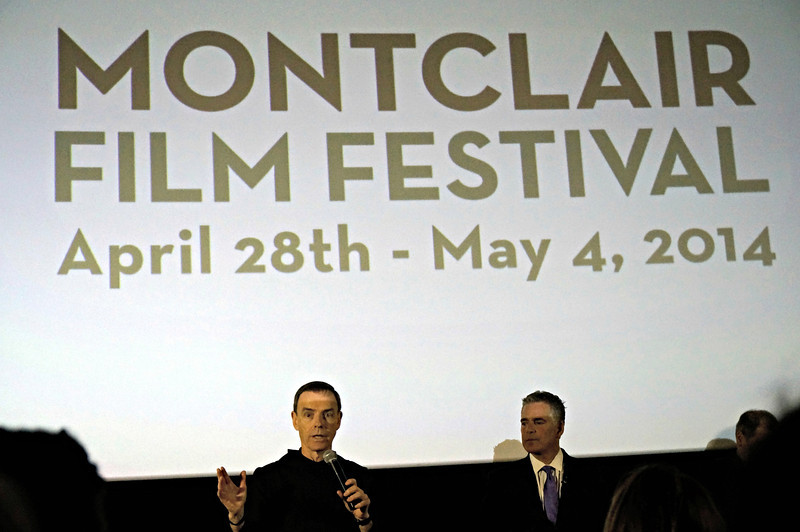 The Rule, the feature-length documentary on St. Benedict’s Prep and Newark Abbey, had its official premiere during the Montclair Film Festival on Tuesday night before a packed house at the Bellevue Theater.

“This is the beginning to bringing The Rule to a wide audience,” said Marylou Bongiorno, who, along with her husband, Jerome, created the documentary. “And if the premiere is any indication, we are energized with all the positive feedback we received from the film festival and the attendees.”

The Filmmakers have spent nearly four years putting all the pieces together for this film, which focuses on the success of Newark Abbey and St. Benedict's Prep as a model for inner cities. The premiere on Thursday night was the final, 90-minute version of the documentary that was whittled down from countless hours of footage from the school, monastery and surrounding areas in and around Newark.

“We were swarmed (for tickets) at the end, and not just by St. Benedict’s people,” said Marylou Bongiorno. “We are bringing new people to the fold, so this has us extremely excited about the possibilities that this presents.”

Following the premiere, the filmmakers held a talkback session that included St. Benedict’s Headmaster Fr. Edwin Leahy '63; the school’s Director of Counseling, Dr. Ivan Lamourt '82; the Class of 2012's Senior Group Leader and prominent figure in the film, Akeem Miller; and Steve Adubato, Ph.D., host of One-on-One on PBS, WNET, NJTV and other public broadcasting stations in the Mid-Atlantic Region. The crowd then headed across the street from the Bellevue Theater for an after-party at a local restaurant.

"The premiere of The Rule was great - the St. Benedict's story is compelling," said Adubato. "The audience loved the film. The conversation after was dynamic. Those of us in public broadcasting who were part of this partnership with the Montclair Film Festival are proud to help bring The Rule to a larger audience."

Adubato, a four-time Emmy Award winning anchor, and his staff are producing a half-hour program on The Rule, which will air this summer to coincide with a planned series of showings of the documentary in New York City. The Rule will be broadcast nationally on Sept. 25 on PBS (check local listings).

“It was great to see the documentary on a big screen in a full house," said Fr. Edwin. "Thanks to everyone who turned out to make it a successful evening. We're looking forward to seeing what transpires as this movie moves forward."